DigiGround is the Best App Developer

When you work with DigiGround, you get a team of Sydney app developers comprised of UX designers, UI designers, mobile application developers, project managers and digital marketing strategists who share your passion for your technology and build an app that fulfils your vision.

They have won the Good Design Awards 2019 in the Digital Design Apps and Software category for our Sydney app design work. So, it’s no surprise that we have chosen them as our dedicated Sydney app development agency.

DigiGround is a leading software development company Sydney. They have well-established themselves as experts in app design and development in Australia. They have gained considerable recognition for their outstanding software development services. Their approach to mobile app build is like no other. They strategically designed and planned a fully functioning UX design and UI design for youchamp, implemented frontend development services, integrated backend development, conducted mobile app testing and worked on the youchamp mobile application build until it is perfect. They delivered a high-quality software product on budget, on time and on point.

Contact DigiGround now to turn your software development idea into an app! 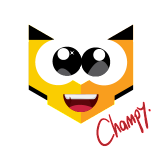